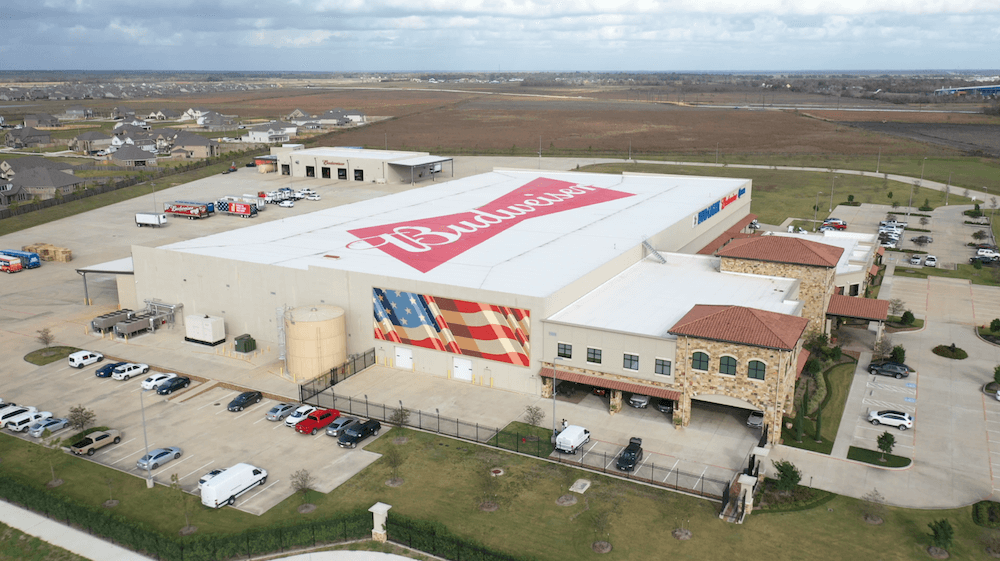 It all started in New Orleans, Louisiana with a successful beer brewer and a car repairman. Sam Stassi worked at the Cadillac dealership as a mechanic and Lawrence Fabacher, the founder of Jackson Brewing Company, would only allow him to work on his car. The two became very close friends over the years and when Mr. Fabacher decided that he was going to sell beer in Texas, he offered Mr. Stassi the opportunity to become a Jax beer distributor in Goose Creek. Mr. Stassi jumped on the opportunity and in 1937 loaded his family into a beer truck and made the move to what would later become Baytown, Texas. This was just the beginning of a company known as Stassi Distributing Company, a very successful distributorship.

Gloria Stassi grew up in Baytown and met a young man named M.L. “Wimpy” Wismer. They married in 1946 and after serving in the Navy, Mr. Wismer started working as a salesman for Coca-Cola. He was given the opportunity to go work in the beer business and over the years Mr. Stassi had taken on other products, one of those being Budweiser. In 1958, Anheuser Busch decided that they wanted exclusive wholesalers. They approached Mr. Stassi and asked him to make a decision to sell only Anheuser Busch beers or only Jax beer. He had to make a difficult choice. He decided to continue selling Jax because at the time Budweiser was not selling well, and he wanted to stay loyal to Mr. Fabacher who had given him his start. He gave up Budweiser and gave Wimpy and Gloria Wismer the opportunity to build a distributorship to sell Anheuser Busch products exclusively.

In 1959, the Wismer’s began their lifelong career in the wholesale beer business forming Wismer Distributing Company with five thousand dollars and some old Jax beer trucks purchased from Mr. Stassi. They built a 50 by 75 foot building and went into business. Anheuser Busch had decided to introduce a new beer called Busch Bavarian. Busch had a successful introduction in Texas. The Wismer’s began selling more Busch than Budweiser, but as the years passed Busch sales started to decline, and Budweiser did not pick up the slack. The Wismers found themselves in trouble in the early 60s. Anheuser Busch had a meeting with them and told them that they would need to create an exit plan, because they could not succeed in this business. The Wismer's decided that they did not know any other business and they would not exit, they would remain beer distributors. They had some very tough and lean years, where it was hard to make ends meet. At one point they were down to two employees, Mr. and Mrs. Wismer. She ran the office and he would deliver the beer. At night the two would unload the box car, loaded with products from St. Louis, so they could sell the beer the next day.

In the mid 60s Budweiser started to show some potential in Texas. At that time local beers were the biggest sellers, Lone Star, Jax, and Pearl. Although Budweiser was not selling well, it was starting to grow along with Schlitz. Schlitz would soon become number one in the state of Texas, while in the rest of the country Budweiser was number one. In the early 70s Budweiser decided that they would run a campaign, and they wanted to own the state of Texas. They began giving price off promotions every other month which created new drinkers. Anheuser Busch and the Wismer's started to grow!

In 1970, Jim Ferris joined the company as a truck loader and slowly began climbing the ladder wearing many different hats. Shortly after in the early 80s, Ann Wismer, joined the company after teaching school for twelve years. Together they witnessed the growth and success of Wismer Distributing and were given the opportunity to purchase the company in 1991 after the passing of Mr. Wismer. The struggles the Wismer family went through for this company to become successful will never be forgotten. Both were pioneers and fighters that brought this company to where it is today and luckily, they both were able to witness it’s success before their passing. In 2018, after 59 years in Baytown, Texas, Wismer Distributing relocated to Mont Belvieu into a new modern facility. Ann and Jim have taken it to the next generation and will pass it on to the generation after.

Please confirm that you are over the age of 21: